Every day the newspapers are full with news in which children and adolescents play a role or where the described developments has great consequences for them. Even if children flee away from wartorn countries to places which are more safe, their situation hardly gets special attention. Only if there is an atrocious photo (like the one from the little Syrian boy washed ashore on a Turkish coastal-resort on September the 2nd) we are startled by such a picture and think “O what terrible… a child”. But soon after we proceed to the order of the day and soon it is forgotten. In the blogs on this website I want to comment upon the news from a children’s rights perspective. 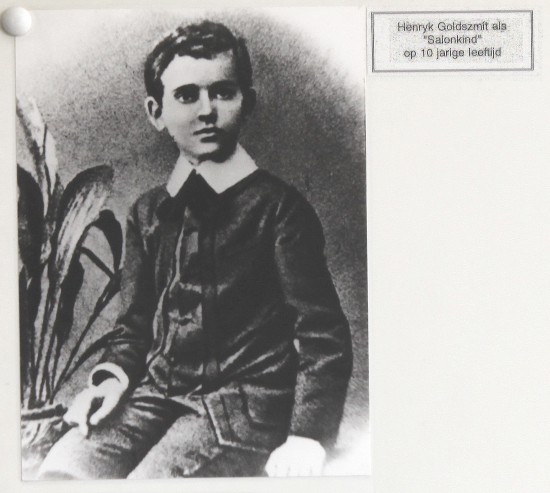 The Polish-Jewish educator and pediatrician Henryk Goldszmit published in 1922 his first children’s book King Matt the First and on the backcover he asked his publisher to put a picture of him as a child. This children’s book is about a child of six years old who became suddenly King of his country and discovered that adults do not really take children into account. He wants to change this and creates a Children’s parliament and has to overcome a lot of resistance from his Ministers (after which all goes wrong and he exiled to a desert island). Goldszmit wrote under the penname Janusz Korczak and many know only the name ‘Korczak’, under which name he obtained a reputation as a spokesperson for children. He was transported to the deathcamp Treblinka with all children of the Jewish orphanage (Dom Sierrot in Warsaw) which is he was leading (from 1912-1942).

It was through reading Korczak’s book The Rights of the Child to Respect that I got interested in children’s rights.
In 1906 he wrote a (much less known) book The Child in the Salon (Dziecko Salonn, 1906) and the photo of Korczak as a 10 year old boy (which he put on the backcover of King Matt the First) really gives you the feeling of a child in the salon, cared for by quite a few adults around him. He could identify well with a child in a salon and Korczak’s biographer Betty Jean lifton (in her book The King of Children) describes that at his home there was a cook, a maid and a governess. Many people cared for him in and outside the salon, but in the life of Korczak a tragedy was unfolding at the time the picture was taken, even though he grew up in so much luxary. His father (a lawyer) started to have more and more symptoms of a mental disorder and at some point had to be hospitalised. Maybe this explaines that when you read about Korczak he impresses you as a sad man. 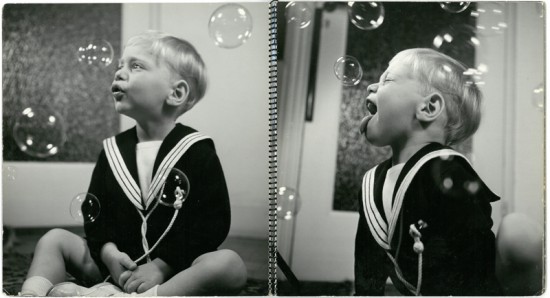 Also I (like the young Goldszmit) had to stay a lot indoors because of astma (I think caused my over-protection, being the first Jewish child born after the Second Wold War). We also had (like the Goldzmit family in Warsaw) a maid at home, but when my picture (made by Paul Huf) was taken, the tragedy had already taken place (many familymembers deported and send to the gaschambers). This and the experiences of my parents coloured my life and that of my family. As the first of the post-war generation a lot was expectded of me. My parents would have liked if I had become a lawyer like my uncle Aldred Philip (who was killed in Auschzitz). I had to spare my parents (because they went through all these terrible experiences in the war; expressing anger at them, which is normal for children, was not such an easy thing).

If you do not know the background a picture (of the young Goldzmit or me) you might miss the point, it says then only something about the atmosphere or it becomes a picture to project your feelings on.

Korczak’s most important publication, in my view, was the book The Rights of the Child to Respect (which he wrote in 1929). This will also be the theme of my blogs: to see if children are treated with respect or not. 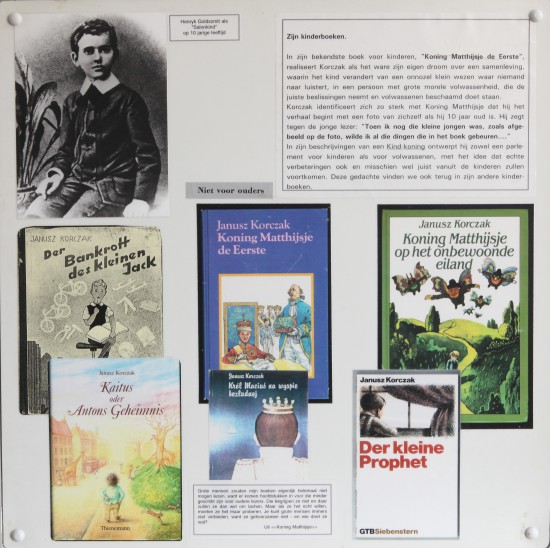