About Philip Veerman and his work experience

Philip Edmond Veerman (Amsterdam, 28 juni 1948) is an expert in children’s rights, health-psychology and (special) education. He initiated several new child welfare organisations in the Netherlands and developed international children’s rights initiatives. For his 40 years of efforts to promote children’s rights he was given a Royal distinction, when in 2015 he became Officer in the Order of Orange-Nassau.

In 1972 he started Browndale houses in the Netherlands (small family units in the community for emotionally disturbed children) which he studied in Ontario, Canada and he saw the potential of such small units as an alternative for large residential settings. He introduced in the Netherlands also the concept of foster grandparents for children with a disability (senior citizens becoming ‘grandfather’ or ‘grandmother’ to a child in an institution, a project Veerman had seen in Wisconsin in 1970 and had written about). He developed for Prof. Jannie Sanders-Woudstra (a child-psychiatrist) the therapeutic foster family care foundation (TGV) in Rotterdam (placing neglected children in families who were willing to have counselling by social workers while the child could be in psychotherapy).

In 1982 he founded the Dutch Janusz Korczak Foundation to promote Dutch translations of the books by Polish-Jewish pediatrician, educator and children’s rights pioneer Janusz Korczak (1887-1942). For his PHD thesis (1991, University of Amsterdam) The Rights of the Child and the Changing Image of Childhood (published by Martinus Nijhoff/Brill) he interviewed many people who had known Korczak. Brill/Nijhoff is also the publisher of the International Journal of Children’s Right, which is one of the initiatives of Veerman (in 2022 in volume 30).

His research about Janusz Koczak brought him to Israel where he would stay 17 years after he founded the Israeli Section of Defence for Children International (DCI), an international organization for children’s rights headquartered in Geneva. headquartered in Geneva. With DCI-Israel he introduced legal defense for minors in the juvenile courts, for which efforts DCI-Israel received Chairman of the Knesset Prize for Quality of Life. With a small delegation DCI-Israel could visit, on a regular basis, minors in detention (Prison Commissioner), or in police detention and in IDF military detention facilities. The reports were often critical and were quoted in the Israeli press. With DCI-Israel Veerman pioneered with Israeli-Palestinian civil society joint projects. That such cooperation projects were not easy became clear in the reflections on such projects by Veerman and his Palestinian colleague Sami Adwan (published in the Palestine-Israel Journal). The principle that all minors appearing before a judge which could lead to deprivation of liberty needed to be represented by a lawyer, led to the start of a Palestinian section of DCI and a joint project with DCI-Israel with legal representation of minors in the Israeli military courts. With Charles Greenbaum he was pleading for non-lethal force to be used by the IDF against Palestinian demonstrators (often minors). He edited the first NGO Report on the implementation of the UN Convention on the Rights of the Child by Israel.

Back in the Netherlands in 2004 he became a forensic psychologist and saw 10 years young people in juvenile detention places. He also worked in treatment centers for addiction (alcohol and drugs addiction, gaming and gambling addiction). With Damon Barrett he wrote a Commentary on CRC Art. 33 (the child’s right to be protected from narcotic drugs and psychotropic substances), which Martinus Nijhoff published in 2012. They found that on several points the CRC had aged, a theme which Veerman had already written on in an article (the ageing of the UN Convention on the Rights of the Child) for the International Journal of Children’s Rights vol. 18 (no.4). Veerman also coordinated for the Dutch guardianship organisation NIDOS a project of cooperation of all Dutch agencies and oganisations against child trafficking. The last years Veerman works as a health psychologist with adolescents and young adults for the Youth Intervention Team (JIT) in The Hague. 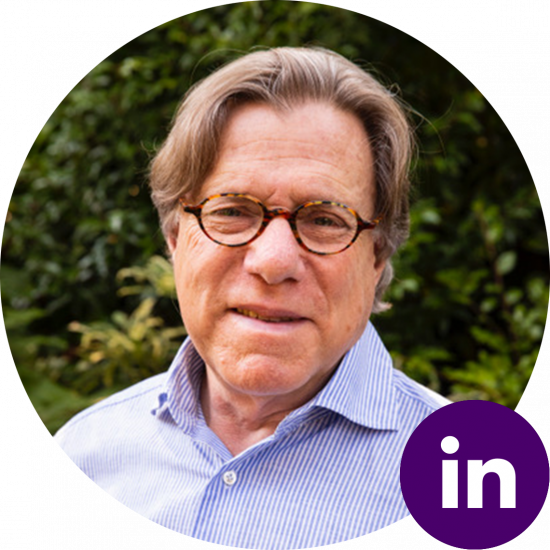