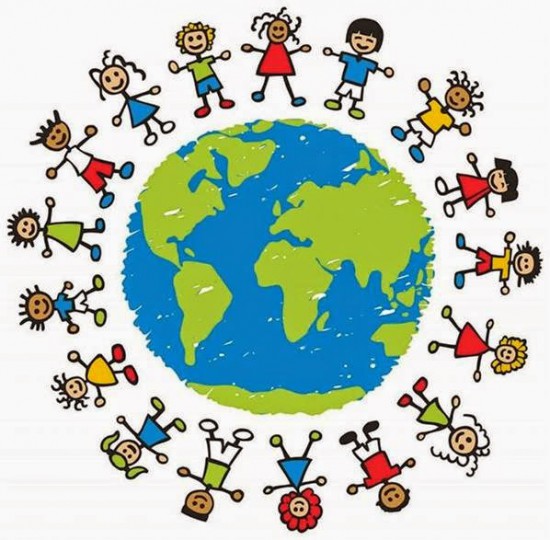 In case you did not know: November 20 is Universal Children’s Day. On 14 December 1954 the UN General Assembly recommended that all countries institute a Universal Children’s Day “as a day of world-wide fraternity and understanding between children and of activity devoted to the promotion of ideas and objectives of the Charter (of the United Nations) and the welfare of children of the World…”. After the UN General Assembly adopted the Declaration on the Rights of the Child on 20 November (1959), it was suggested to call 20 November Universal Children’s Day. Thirty years later in 1989 (also on 20 November) the General Assembly adopted the UN Convention on the Rights of the Child. There are now 196 States parties to the “CRC”. Only one State (the USA) signed the Convention, but did not ratify it.

When I worked in Israel and was leading the Israeli section of Defence for Children International I lobbied for the first step: signing of the CRC. The lobby was not easy, but after we succeeded with the lobby in 1990 (Israel signed on 3 july 1990) we organised a festive happening in the Goethe institute in Tel Aviv (where there was an elegant hall in the chique Asia House (also the location of several Embassies). I had arrived in Israel in 1988 and did not yet know the local situation, but worked very hard to promote children’s rights. To draw attention to the event and to the CRC somebody gave us the bright idea to invite an actor to read a summary of the UN Convention on the Rights of the Child, the CRC. We found the famous actor and singer Yoram Gaon ready to do it. Gaon had become famous by playing the policeman from Moroccan descent in the Hebrew language musical and later the movie Kazablan. He was also famous for singing songs in Ladino. A former pupil of Janusz Korczak (mouthorgan-virtuoso Sammy Gogol (who had to play at the entrance of the crematorium in Auschwitz in order to survive) also came with ten children all of them playing mouthorgans. The public relations people of Yoran Gaon had a picture taken of the children, Gogol and Gaon and this picture came in the papers (most of them did not mention the CRC). Because the CRC was a UN treaty I had invited to the festive event Lieutenant-General Martin Vadset, who was heading the UNTSO (United Nations Truce Supervision Organisation), overseeing the armistice with Syria. He was driven to the occasion in a white limousine with the UN 1 number plate. That General Vadset came and that this was outside of his mandate, did not draw any attention in Israel. People were not very impressed with the UN there anyway (which made the lobby for the CRC all the more difficult). It was clear that I was green as grass. Later even some people asked me why I had invited ‘davka’ (of all people) Yoram Gaon since he had a relationship with a girl not of marriageable age. Many did not know this thanks G-d, certainly I did not know.

In 1991 the International Interdisciplinary Working-group on Children’s Rights met in Jerusalem and Haifa (two days in one city and two days in the other). There we discussed the idea of grounding children’s rights with a new academic journal. My idea was picked up and the International Journal on the Rights of the Child was officially founded. There was a day of excursions and all the children’s rights experts travelled together on a bus we rented which created a feeling of togetherness. I had moved heaven and earth to get money from a Foundation to get three Russian experts to the meetings, just now the iron curtain was slowly coming down. And indeed I succeeded to get three Russians all arranged through the Embassy: the director of the Lenin Children’s Fund, the editor of the magazine Familia and an official from the Russian Orthodox Church (the Metropolitan of Voronezh and Lipetsk). But it turned out to be a disappointment: they came to the opening-ceremony of the working-group, asked for their per diem and as soon as they got paid they produced a credit card, rented a car and disappeared to Tel Aviv (because Jerusalem they found dull). We only saw them back at another pubic event where Michael Freeman and Gary Melton were our main speakers. On the day of the excursion the Russians did not show up. On the trip Nazareth was one of the places where we stopped and we thought the foreign guests would be pleased to visit St.Gabriel’s Orthodox Church (known as Mary’s well). Two Arab staff members of the juvenile probation-service (Dr.Sammi Geraisy and Samih Rizeq) were standing outside with the members Council of the Church and their Bishop at the agreed time to greet all the experts on children’s rights from so many countries but especially the Russian Metropolitan. Sami Geraisy asked me “where is the Russian Bishop?” and I did not dare to say that they were probably sitting in a bar in Tel Aviv. Desperate I turned to Prof. Adam Lopatka (who had been the chair of the UN Working-Group drafting between 1979 and 1989 the CRC) and I asked him: “Adam were you not once the Minister of Religious Affairs in Poland?” Yes, he said. “Can you not do something, it is so embarrassing”. And Adam – with great dignity – went to the officials from Nazarth and said that unfortunately the Russian Bishop was called back to his country and he as a former Minister of Religious Affairs from Poland would pray for peace. A month after the First International Interdisciplinary Working-group on Ideologies of Children’s Rights had met, the Soviet Union fell apart (December 1991). The attempts to build bridges with the Russians could now concentrate on experts in human rights and not ‘aparatsniks’.

The creation of the CRC should be placed in this wider political context of the Cold War years. In the period of the drafting (1979-1989) there were two camps (the West and the East) and proposals in the UN Working-group which was drafting the CRC were also a small batkleground of different ideologies. In 1985 for instance the United States came with the proposal of “the right of the child to freedom of association and peaceful assembly” (which became later art 15 of the CRC), which annoyed the Russians. They retaliated later with other proposals.

In 1991 it was not easy for the children’s rights movement in Israel, now lobbying for the ratification of the CRC and also for the ratification of the Convention on the Civil Aspects of International Child Abduction. We had to overcome a lot of distrust. But there was a window of opportunity. I was invited to tea with Mrs. Lea Rabin, the wife of the Prime Minister and we lobbied Uriel Lynn, the chair of the Constitution, Law and Justice Committee of the Knesset (the Parliament). Mr. Lynn invited me to come to the Knesset when they voted on ratification on the Hague Convention on Child Abduction for which we had lobbied so hard (and I remember a very empty Knesset but just enough quorum to get this Hague Convention passed). We were optimistic and developed Civil Society joint projects with Palestinian NGO’s, but the climate changed after the murder on Yitzhak Rabin on 4 November 1995. Slowly after that terrible event extremism on both sides got stronger all the time. It seems maybe a side-issue when we are discussing children’s rights, that extremism became stronger in many places and I realize almost daily that children in the Netherlands can grow up in relative luxury because it is such a safe place here.

Can we still celebrate something? According to UNICEF every day 29.000 children under five years of age (21 children every minute of the day) die from preventable diseases such as malaria, diarrhoea, pneumonia and also lack of oxygen during the birth). In addition UNICEF stated that “the number of children orphaned and made vulnerable by HIV/AIDS is projected to reach 25 million at the end of the decade, 18 million of them in sub-Saharan Africa”. And now after the terrorist attacks in Paris many children in Europe will wake up in fear for terror-attacks. Happy Universal Children’s Day?