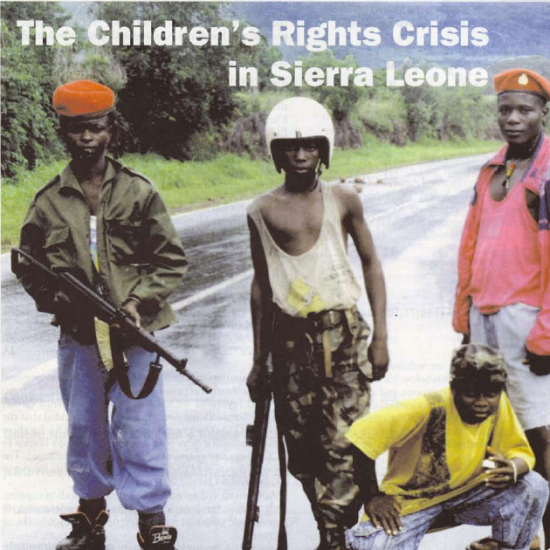 In 1983 Defence for Children International (DCI) published the first issue o{ the International Chillren’s Rights Monitor. The Monitor, created as an advocacy tool for fueling and enlarging the debate on the rights of the child, offered various kinds of
information: investigation reports, analyseso, pinions, basisd ata,d enunciations.
The common denominator of the information provided was the perspective of the human rights of children. In 1983, when the United
Nations Convention on the Rights of the Child was still being debated, the Monitor was a unique voice among the many publications on children and youth. The Monitor hadan intemational perspective,i ncluding its critical but constructive coverage of the drafting of the Convention on the Rights of the Child. The Monitor also had a nongovemmental perspective that was fresh and not paternalistic.
After DCI unfortunately had to stop with the Monitor in 1996, due to the enormous costs of regularly putting out such a publication, many colleaguesin the field approached DCI to re-launch the Moniror. It became clear to the Intemational Executive Council of DCI how much the Monitorwasm issed. And we became more aware of how valuable i t had been to the international
children’s rights community. What was in fact amazing was that – in the years when the climate changed so dramaticallv. the Convention on the Rights of the Child was adopted, came into force and reached almost universal ratification. and manv other NGOs took up children’s rights issues in their mandates – no other organisation launched an international news magazine on children’s rights from a human rights and non-governmental perspectiveW. e camet o the conclusion that the Monitor was part of the special contribution that DCI, with its Genevabased International Secretariat and 66 national sectionsa nd associatem embers
in the field, can make to the promotion and defence of children’s rights.
The International Executive Council of DCI has been looking for ways to relaunch the Monitor. The formula under which it has now become possible is in co-operation with the well-known publishing house, Kluwer Law Intemational.
Kluwer already publishes the International Journal of Children’s Rights, which is an academic quarterly.
We are grateful that we can again contribute in this way to the debates and developments in the children’s rights field. The Monitor will be open to all organisationsa nd individuals working in this area. DCI’s International Executive Council functions as the Editorial Board and sets the policy of the publication. It is assisted by an Editorial Advisory Board with experts from the field and other NGOs. Personally, it makes me very happy that among the members of the Editorial Advisory Board we can
count on two former DCI staffmembers, Nigel Cantwell, the founder of DCI and now at UNICEF’s International Child Development Centre in Florence, and Paulo David, former editor of the Monitor and now at the United Nations Office of the High Commissioner for Human Rights, in Geneva, at the Secretariat of the Committee on the Rights of the Chlld, as well as Maurice Graber, the new Secretary General of DCI.
In fact, we have only solved part of the problem with the re-launch of an English-languageM onitor. The French Tribune and Spanish Tribuna are not yet back, but in Brussels,P aris, Madrid, Bogotaa nd other placesw, e arew orking hard to find rrangementss imilar to the one we were able to find with Kluwer Law International.
S7e have found for the Monltor an excellent editor, Sharon Detrick, already known to many as the compiler and editor of The United Nations Conqtentiono n the Rightso f the Child: A Guide to the “Trauaux PrdDaratoires (1992).S her ecentlyf inishedh er Ph.D. thesis on the Convention for the Vrije Universiteit, Amsterdam and in a few months will publicly defend it, as the
Dutch academic tradition prescribes.
We are confident that the Monitor will offer a valuable and hlgh quality advocacyt ool. The next issue,t he first offrcial issue of the re-launched Monitor (Vol. 13 No. 1), is planned for late 1999 and will be dedicated to the tenth anniversary of the Convention on the Rights of the Child.
It is good to be back!