Oral Statement at the United Nations

The Second Substantive Session of the PrepComm for the General Assembly’s Special Session on Children.
— Madame Chair, Members of the Bureau, Honourable Delegates, NGO-colleagues. The NGO which I am representing here is a network of 70 sections called Defence for Children International (DCI) and was founded in 1979 – the International Year of the Child. During the years 1979 until 1989 DCI co-ordinated the input in the draft text of the UN Convention on the Rights of the Child. Being so connected with the history of the Convention gives us a specific outlook on the “PrepCom” and the draft outcome document of the planned Special session of the General Assembly. 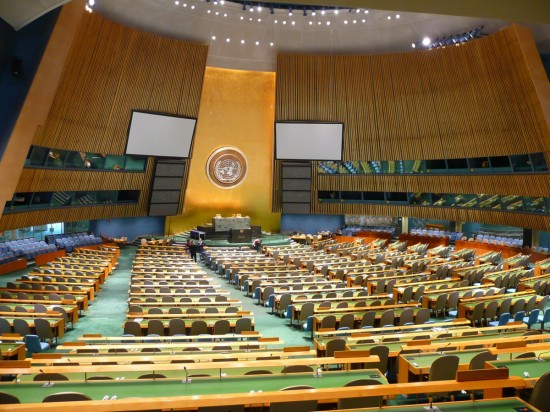 We demand from Governments to reaffirm all the commitments, previously made to the provisions of the Convention and the previous targets of the World-Summit Declaration, while adding new goals.

Reaffirmation of funding commitments by the developed countries is also essential. Madame Chair. A famous psychoanalyst, Bruno Bettelheim, wrote a book in the fifties “love is not enough”. Paraphrasing on the title, we’d like to say: ratifications are not enough.

Reservations of States to some articles of the Convention should be withdrawn.

Many countries made financial cutbacks pressed by International Financial Institutions. We need UNICEF to report on this as well. We have to admit the targets of the Plan of Action of the World Summit for Children could not be reached, because the conditions imposed by the International Financial Institutions. On the other hand, these countries were often hit by donor fatigue, as well and because of economic reforms they had to change the policies.

From our DCI-perspective, there are still areas neglected such as Juvenile Justice Systems. Many countries have not appropriate juvenile justice systems. This needs to be implemented in many States, with quality legal representation introduced.