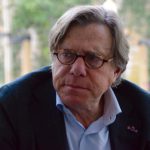 A highly acclaimed, multi-lingual, experienced and chartered psychologist, specialising in forensic psychology, health psychology, and human rights. Proactive academically, has started projects in the Netherlands, the Middle East, Africa and Asia.
Worked ten years as a forensic psychologist for the Dutch courts (civil and criminal cases, adolescents and adults). An expert in children’s rights, childhood, child protection, (child) trafficking, international human rights, and international cooperation. Has worked with children, adults and families within a variety of different services and multidisciplinary teams.

Officer in the Order of Orange Nassau (Presented by the Secretary of State for Security and Justice, January 2015 at the Peace Palace in the Hague at the International Conference on Child-Trafficking).