A critical review of the ‘Special Session’

Nearly 200 world leaders and a staggering 3,683 nongovernmental organisations (NGOs) are invited to participate in New York in the United Nations Special Session of the General Assembly on Children in September. The purpose is to reconfirm a global commitment to children at the onset of the new millennium. However, whilst the Special Session might bring together Heads of State and NGOs and will undoubtedly be accompanied by a storm of publicity and photo opportunities, the question is, what will it actually do to promote children’s rights?
Will it bring about the ‘momentous shift in national investments for child survival and development’ called for by UNICEF’s Executive Director, Carol Bellamy? Will it bring about more commitments by governments and reconfirmation of previous yet unmet commitments and put children higher on the political agenda? 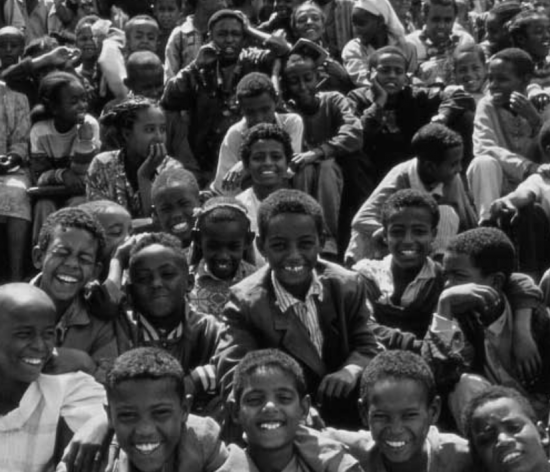 It doesn’t look like either will happen.
The political will seems to be lacking to use this General Assembly Special Session to change course and to announce major commitments.This might include rich countries giving debt relief to poor countries. Jan Vandemoortele, formerly a chief policy analyst of UNICEF, now working for UNDP, wrote that ‘if the world were to invest an extra 30 cents out of every $100, then all children could be healthy, well-nourished and in primary school’ (CRIN Newsletter 13, pp 30, November 2000 ).

By the end of May flurries of preparatory meetings had resulted in a second revised draft Outcome Document for the September meeting.The document, ambitiously titled ‘A World Fit for Children’, which is now being presented to diplomats and NGOs, is full of nice words but makes little mention of government responsibility.The document states, for example, that ‘access to education is a human right’ but does not mention a commitment to public education.This thereby provides an escape clause for governments.And it is worth noting that 113 million children (most of them girls) are currently out of school.

The document also calls upon the nations of the world to ‘put children first’ and states that “In all undertakings, the best interests of the child shall always be our primary consideration”.
A critical review of the Special Session What’s the point of attending the Special Session? Philip Veerman poses some searching questions.

My organisation, Defence for Children International, actively participated in the drafting of the UN Convention on the Rights of the Child. Since it was adopted in 1989, this human rights treaty on children has been ratified by all countries in the world except Somalia, which lacked a central government to do so, and the United States. During the drafting process (and for good reason) we never asked to ‘put children first’ but simply that the rights of the child be taken no less seriously than those of other human beings.

The Convention took ten years to finalise and the individuals that drafted it succeeded in establishing a human rights approach for children and marked the end of a mainly charitybased approach to children’s issues.
The second revised draft Outcome Document, which was released 17 May, is a weak text that hardly mentions the UN Convention on the Rights of the Child. In fact, in some ways it is weaker than its previous version because the number of references to the Convention on the Rights of the Child has actually been reduced.The rights perspective has not been strengthened; and it is expected that many members of the Child Rights Caucus will be disappointed with this version of the document.

Furthermore, the second revised draft Outcome Document almost completely bypasses a very urgent problem: the number of children in prisons, reform schools and remand homes is growing at an appalling rate and the pendulum has swung back to a ‘punishment’ approach, not the needed rehabilitation approach.

There are reasons to worry that the Special Session will not meet its mark. In May the government of the United States discussed the document with UNICEF.This seems to be an embarrassing attempt to weaken the text even further. The second revised draft Outcome Document is elaborately decorated with well-turned phrases, but lacks substance. Twelve years after the Convention on the Rights of the Child was adopted, we live in a world where:

This late in the game, can things still be corrected? Can the outcome from the Special Session on Children be improved? The Third Substantive Session of the Preparatory Committee held in June is the last preparatory meeting before the world leaders finally meet in New York in September. NGOs will continue to push for a more rights-based approach at these meetings, but to date most of the alternative text for the revised Outcome Document seems to be ignored.
All of this raises one critical question that we must ask ourselves: why be involved in such a costly event when the outcome seems scandalously low?

A critical review of the Special Session – pdf 803kb