‘Blogging’ and the time machine

After Marieke van de Pol, who is building this website for me, came with the suggestion to write here a blog regularly, it came to my mind how fast technological developments are in my lifetime. I remember my grandfather Sam Blom (my mother’s father) sitting behind his desk and typing on a small black Remington typewriter and how he was typing away on 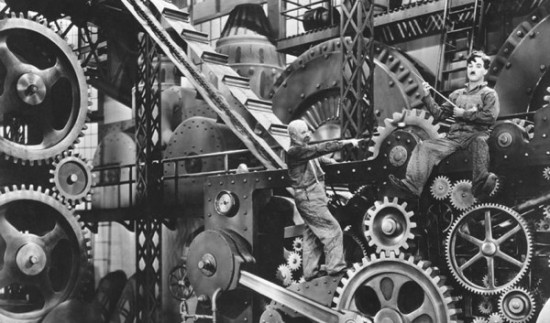 these light blue aerogrammes (special light blue letters and he was licking afterwards the glue and he was folding it and it was ready to be send to his sum, my uncle Max, in Australia). He always typed with a carbon paper and behind that a thin piece of paper, so he could file his weekly ’reports’ about Holland.

My father had for our family business (a wholesale in textile and shops) a telegram address (REGANTIL). This dated still back from before the war and were the names of my grandmother Regina and the wifes of my grandfather’s partners (one was Tilly Bos who was killed in Auschwitz). My father also had a telex in his office. Such a thing you can maybe still find in the Museum of Communication. And there you can see that since 1933 there were already ways of electronically transmitting messages. My father received in his office on the Geldersekade (in the textile district of Amsterdam) messages by telex about shipments from Italy, and the quantities he had ordered.

In 1968 I started to study in Amsterdam at the School of Social Work. When I had just started in 1968 and we had a lecture from a medical doctor older students came in and told everyone that “we are on strike”. The director of thee School of Social Work, Mr, Kroft, came in and told us that “everything would be different from now on”. It took me some time to understand what was happening here. But it meant that we would strike (just like the students in Paris) in order to get a Council of students and lecturers and that this Council would be consulted about policy issues. In this time at the School of Social Work I was often behind a stencil machine. Pamphlets could be typed first on a paper with  a layer of wax and afterwards we could make hundreds of stencils. I believe a decent photocopy machine did not exist in those days.

In 1972 I was typing take home exams on an enormous IBM electric typewriter. My parents had bought me one and it was at my desk at my student flat at the Stadionweg in Amsterdam. My whole desk was filled with this monster. It also made a lot of noise. But it was great because you could hold a small correction paper in front of the letters, so you did not have to schmier typex while correction fluid on the paper or type the whole thing over. After this intensive year (1968) at the School of Social Work things went back to normal (with the new Council in place we as students had demanded).

On this monster from IBM I also typed our end thesis on crisis intervention (for which we studied the new book of Donna Aquilera Crisis Intervention) which we had written with a little group (Els, Joke, Jack and I). My friend Jack remembers that we withdrew into a little office of an NGO on the Nieuwe Zijdsvoorburgwal to write our thesis together. That must have been the office of the AID Centre (Action Information and Documentation Centre for the environment) where I was for a while a volunteer.They owned a stencil machine and we printed the thesis on this machine. I remember I went with piles of them to a bookbinder there in the neighbourhood.

In 1998 (in the meantime I had moved to Jerusalem) my son Ido came home from the nursery (where they had a computer to play with) and asked me (pointing  his finger at a key of my  electric typewriter) “Abba” (father in Hebrew) is this enter?” that evening I decided to buy a computer. And since then I live “in modern times”, now also with an i-Phone on which I receive text messages and can read the internet. And now I have my own blog on my own website…

On this website are my publications of the last 40 years. You probably will discover that, just like the technological; developments, many of them belong in the Institute of Social History. But you can follow the developments in the field by reading these articles. The advantage of having them all together at in this website is that you do not have to go to the library and order them up from the archives (they might smell a bit musty after all those years). Interesting is that in Dutch words have changed. Childcare (“kinderbescherming”)  and child welfare (“jeugdwelzijnszorg”) is replaced by new terms now. And organisations all have new names.

In the Netherlands there are hardly any organisation which takes pride to call itself Catholic, Protestant or Jewish. You can see that secularisation in the Netherlands changed our society here. Marketing experts earned a lot to think of new names for these organisations (who became bigger and bigger buy merging). Did you (if you follow the developments in the mental health field in the Netherlands) also notice that these (merging) organisations often use Latin names? They pretend with these new names some historical roots which are not ours, because it gives the impression that these organisations have historical roots with the Romans. They are called Tactus, Pro Persona, Yulius, Victus, Novarum, Curium, Parnassia, Triversum, Lentis, Inforsa (to name a few).At the one side we want to give a (false) impression of historical roots and on the other wide we really have no clue any more of the historical developments in our profession.

At University there is hardly any attention for history of education or history of psychology. Soon we will be inventions the wheel again, because we did not know colleagues in the past dealt with these issues already. Douwe Draaisma (who is teaching at the Groningen University  to first year students history of psychology, which is unique, as I heard) says “we do what we can”. But I am more pessimistic and believe that psychologists and pedagogues know hardly anything anymore of the history of their professions. This website is also a mirror of history.